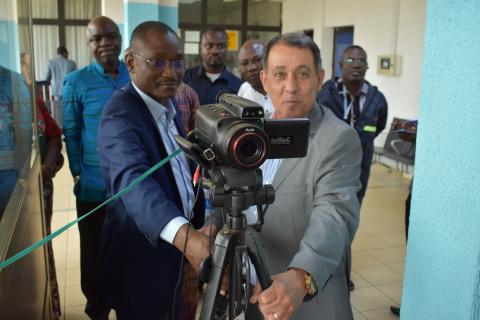 In making the donation, Dr Carlos Brito, Director of Public Health and Research at WAHO, who represented the Director General, Professor Stanley Okolo, said: “The donation is part of WAHO’s support to the prevention and fight against epidemics and it is also to reassure the traveling public and the general public of necessary measures being put in place by individual countries with support from WAHO”.